Since the law prohibited the transport commission agent from establishing any condition that exempted him from liability in the cases of damage and injury, thus he is bound by compensating his agent fully for the occurring damages, except the cases in which the transport commission agent establishes a condition to limit his liability within the limits permitted by the law. Abdelfadhil Mohammad Ahmad, Commercial Contracts and bank processes according to Law no. 17 of 1999, Al-Jala’ Al-Jadida Library in Al-Mansoura.

Suzan Ali Hasan, the Legal Context of Transport Commission Agent according to the Trade Law No. 17 of 1999, Dar Al-Jamia’ Al-Jadida, 2003.

Verdicts:
A collection of verdicts issued by the General Body of Civil and Commercial Articles, the Civil Department, The Civil Status Department, Cassation Court, and The Technical Office. 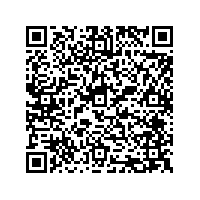