The Old Man and the Sea is a novel that is written by the American author Ernest Hemingway, . The novel is full of religious utterances and symbols. Different translators have translated this novel into various languages. Gabrielle Wahbeh is a Christian Egyptian writer who translated this novel into Arabic.  By reading the source text and the translated text, I can tell that Wahbe’s translation of the novel differs from the original text in regards to religious terms paraphrasing them. The results show that none of the Arabic idioms used in this study have equivalences in English language and so, what is shown are the paraphrased meaning for each  My study will be based on the comparison and analysis of the translation including some examples from the source text into Arabic. The main aim for this study is to highlight Venuti’s translation strategy “domestication “that has been used in translating this novel into Arabic.

Translation is the process of rendering a unit from one language (Source Language) into another (Target Language). When it comes to idioms (fixed expressions consisting of two words or more giving a meaning different from the meaning of the individual words), the translators are going to face a number of troubles. This study focuses on translating the Arabic idioms . The methodology of this study is based on a number of statements collected verbally or through written texts and expressing the meaning by paraphrasing them. The results show that none of the Arabic idioms used in this study have equivalences in English language and so, what is shown are the paraphrased meaning for each. 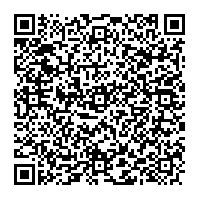