After getting rid of ISIL's military presence in Iraq, the problem of having a strategic vision in recruiting the PMF strengthened national security. In addition to the internal and external challenges that do not agree on a unified vision about these forces, which now has a law and regulation governing its work. In light of these changes, a vision is formed of the possibilities of employing these forces and making them an independent institution linked to the commander in chief of the Iraqi armed forces while preserving their national identity.

The study relied on a number of references that dealt with the subject of Hashed al-Shaabi in several languages, such as books, analysis of research centers and academic articles for specialized researchers and media such as newspapers and television. In addition to the laws and decisions of the Iraqi government issued about Hashed al-Shaabi. 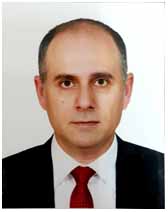 He was born in Mosul in 1977, PhD in International Relations from the University of Ghazi, Ankara. Professor of International Relations, Faculty of Management and Economics, University of Aksaray, Turkey. He is a director of the Middle East Affairs, Department at the SASAM Center for Strategic Research since 01.11.2013. He is a researcher specializing in religious-politicalrelations in theMiddle East. He has many scientific researches published in scientific and academic journals court and non-court in addition to participating in many seminars and workshops that examine the political reality and ethnic and demographic in the affairs of the Middle East.

1. Sadiq Ainawand, The Shiite Revolutions, translated from Persian to Turkish: Esra Özlük, I, Önsöz Publishing, Istanbul, 2019.
2. Abu al-Fadl Hadi Manish, Musallam ibn Aqil, translated from Persian to Turkish: Esraa Özlük, I 1, Önsöz Publishing, Istanbul, 2019.
3.
Chapter in a book:
1. The Shiite Communities in the World and Iran's Relations with Them, chapter in the book: Forty Years in the Islamic Republic: Continuity and Change in Iranian Society and Politics ( Turkish), under publication.

1. "Iraqi political map ahead of parliamentary elections", Middle East Center for Strategic Studies, Ankara, 2018.
2. Readings in the Turkish vision for post-2003 Iraq / Al-Bayan Center for Studies and Planning / Baghdad / 2018
3. Adel Abdul Mahdi's Government ... The Future Challenges for Iraq / The Center for Middle Eastern and African Studies (ORDAF) / Istanbul / 2019 / Turkish
4. The security situation of liberated cities: Ninewa case study / Middle East and Africa Studies Center / Istanbul / 2019 in Turkish
5. "The Iraqi Street and the coup attempt in Turkey", article published at the Turkish center of Orsam, Ankara, 2016.
6. "The main problems between Baghdad and Erbil," research published in the Middle East, Ankara, 2017.
7. Participated in a special seminar held at the University of Economics and Technology in Ankara under the title (Operations of the liberation of Mosul and the future of Iraq and Turkmen) organized by the Turkish Economic Policy Research Institute (TEPAV) on 15 December 2016.
8. Participation in a workshop on "Iraqi-Turkish relations" at the center of the Middle East Center for Strategic Studies (ORSAM), Ankara on December 28, 2016.
9. Participated in a workshopheld at the University of Economics and Technology in Ankara under the title "Violent Extremism" in cooperation with ORSAM Center on 15 December 2016.
10. Research entitled "Thephenomenon of violentextremism: the concept and the reasons" at the workshop (violent extremism) - Turkish University of Economy and Technology (TOBB) - Ankara, 12/5/2017.
11. Participation in theworkshop on "Kurdish referendum and its impact on neighboring countries" by the Iranian Studies Center in Ankara (IRAM) held in Istanbul on 25 November 2017.

Al-Gabouri, A.The Role of the Popular Mobilization Forces in the Iraqi Political Process, 01.10.2018, Viewed on: 23.05.2019, On:https://www.washingtoninstitute.org/fikraforum/view/the-role-of-the-popular-mobilization-forces-in-the-iraqi-political-process. 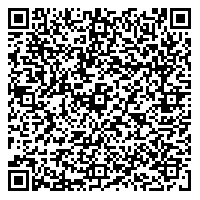