This article is based on a study of The Reluctant Fundamentalist (2007), a novel by a Pakistani writer Mohsin Hamid.  The novel is based on the  story of  transformation of an expat Pakistani living in New York from a true cosmopolitan to a nationalist. The article will explore the crisis of identity suffered by the protagonist in a new land where he reached as an immigrant  student and worker. However, he experienced a resurgence of nationalist and patriotic sentiments within him as 9/ 11 happened in 2001.  The force of American nationalism that was imperial in nature, resulting in the invasion of Afghanistan and Iran, triggered resentment in the protagonist who decided to leave America and went back to the country of his origin, Pakistan. During his stay in America, the protagonist redefined fundamentalism as an imperial tendency in the American system while rejecting the accusations hurled towards him of an Islamic fundamentalist. The article will explain that there is a loss of cosmopolitan virtue  in the post 9/11 era and the dream of universal peace and harmony  is shattered due to unbridled  state ambitions to invade foreign territories.   The article will conclude with the assertion that the loss of cosmopolitanism and reassertion of national identities give way to confrontation and intolerance destroying the prospects of peace and harmony in a globalized world.

Bhabha, Homi K. "The Vernacular Cosmopolitan." In Voices of the crossing: the Impact of Britain on the writers from Asia, The Carribean and Africa, by Ferdinand Dennis and Naseem Khan, 133-42. London: Serpent's tail, 2000.

Turner, B. S. "Sovereighnty and Emergency:Political theology, Islam and american Conservatism." Theory, Culture and Society 19, no. 4 (2002). 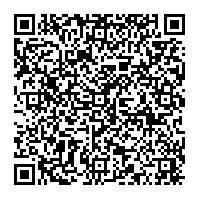