Almighty saying: (We offered the Trust" al'amana" …) an analytical study and faith indications

This research deals with the study of a noble verse that raises questions about its understanding; As it relates to offer the Trust "al'amana"  to God’s creation, accepting it from some and not accepting it from others. The study aims to clarify the meaning of the offer, the trust and the bear it.  And the research has been divided into two topics: The first: the analytical study of the noble verse, and it contains four demands: The first: what the offer is, how it is, and its time.  The second: What is Trust and what it means to carry the heavens, the earth, the mountains, and the human being to it.  And the third: the meaning of declined to bear it and feared it from the heavens, the earth, and the mountains. And the fourth: the meaning of the fact that a person is unjust and ignorant, then came the second topic to explain: The faith indications of the noble verse: It includes three demands: The first: the manifestations of divine power and mercy in this verse.  The second: the explanation of holding a person accountable for his burden of trust. And the third: the honor of slavery and the benefits of carrying trust to the human being. Then a conclusion with the most prominent results, including: that the offer to the heavens and the earth and the mountains was not an obligatory proposition, but rather an offer of choice, so they declined to bear it underestimating themselves and not arrogance to obedience, and that honesty is everything that is entrusted to him, in terms of orders and prohibitions and matters of religion and the world, and the entire Sharia is trust, and human has taken it as an honor for him, and God has promised to help him in carrying it, and that slavery is a great honor for the servant, so carrying us to trust was to complete our existence, raise our status, and achieve our happiness in this world and the hereafter. Al-Alusi, The Spirit of Meanings in the Interpretation of the Great Qur’an and the Mathani Seven, dar ihyaa al torath al arabi, Beirut.

Khorma, Marwa Mahmoud, An-Najah Magazine, Research “The Truth of Devotion and Scholars' Opinions on Judging the Ranks of Worship,” Volume 34 of the year 2020. 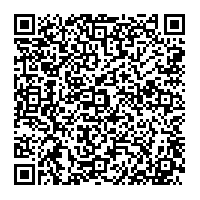