Fear in the story of prophet "Moses" peace be upon him. Objective, analytical study

The story of Moses, Fear

Fear is considered as an innate instinct of the human being created on it, and since this innate instinct has a great impact on a Muslim in his behavioral and advocacy activities on himself as well as on society, thus the Qur'anic stories had a great role in highlighting and explaining the way how to deal with it in all conditions and the activities of the Muslim, on top of these stories is the story of "Moses" peace be upon him. Thus and starting from this fact, came the idea of this research to show the effect of the instinct of fear based on the approach of the prophets and messengers being the best example for all humans, and how to deal with it ــ The Great Allah said: (You have had lessons in their stories) ]Yousef : 111[ ــ this is through studying the verses that dealt with this subject in the story of Moses, and analyzing these verses , and devising the divine approach in dealing with this instinct.

It was found to the researcher that the effect of fear in the story of Moses, peace be upon him, was positive on all stages of his life before and after his prophetic mission, as it was a material cause that God gave to him so that he could escape from the attempt killing him by Pharaoh and his army, and this was before the appearance of the  prophetic mission, but after that, fear of Moses Peace be upon him became on the message itself  and not on the messenger, so the fear that they would hasten to kill him  which means that if the killing is happened then the intended message would not happen , as well as fear when confronting magicians became a hidden one inside Moses, did not appear in his face, no wonder that it will not appear after which God brought him under his eyes and care, until the fear  disappeared after the drowning of Pharaoh and his army, no longer had an effect in the heart of Moses, peace be upon him, or an effect on the scenes of his story. Dr. Hamza Salem "Mohammad Ghaleb" Issa, born in Paris, France, Jordanian nationality, he is currently working as an assistant professor at the Islamic University of Minnesota, Bloomington, USA, College of Islamic Studies, Department of the Holly Qur’an and its Sciences.

He taught at University of Jordan and the International Islamic Sciences University in Amman - Jordan, and the Islamic University of Minnesota - USA ,each of the following subjects:

The researcher worked in the field of editing manuscripts and books for publishing purposes, under the supervision of Investigator sheikh "Shuaib Al-Arnaout", May God have mercy on him, and that was in the so called " Al Resala Foundation for Publishing and Distribution", Amman - Jordan.

The researcher holds a Ph.D degree from the University of Jordan in year 2015, with distinction. The title of his thesis was: "Frequent Readings and Their Impact on The Methods of Quranic Stories, Presentation and Study."

As for the Master’s degree, he obtained it from the University of Jordan in 2010, with distinction, and the title of his thesis was: “The Qur’an Approach in Presenting The Two Realities of Winning and Losing, an Objective Study.”

And he obtained a bachelor's degree from Al-Balqa Applied University, in 2006, with a grade of "very good".

The researcher obtained a Sharia Attorney license issued by "The Supreme Judges Department" in Jordan in 2020.

The researcher has more than one scientific research - under arbitration – submitted to some international scientific journals.

Al-Qurtubi, Muhammad bin Ahmed, “The whole of the provisions of the Qur'an”, dar al-kutub al-misriyya, Cairo, 1964. 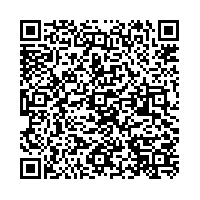