Religious sites, their role in publishing Friday speeches and their use. "Location of the Kuwaiti Ministry of Endowments"

Friday sermons, the internet, the State of Kuwait, a contractual, legal, legal aspect

This study dealt with the topic of religious sites and its role in spreading Friday sermons and the extent of benefit from the Kuwaiti Ministry of Endowments website as a model, and demonstrated the progress of Islamic law and its distinction in treating the nation’s issues, and its endeavor to bring people out of darkness to light and ignorance to science, and showed the breadth of the concept of Friday sermon in Islamic law, and its coverage of all groups of the elderly, youth and young people who seek the pride of Islam and the safety of society from wrong behavior and treating them with guidance and advice and clarifying what God has commanded and what is forbidden

The study mentioned the extraction and extraction of information from Friday sermons held by the Ministry of Awqaf and Islamic Affairs in the State of Kuwait through its religious location, from the doctrinal and legal aspect, and the legal side of jurisprudence provisions such as marriage, zakat and others, and the ethics side of the Prophet’s creation and the creation of apology and kindness to the weak and the like

Finally, this study concluded with its most important results The Qur’an, the Holy1 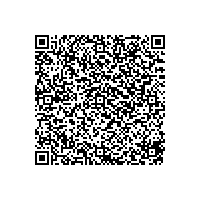