Housing Patterns from the Perspective of the Provisions of Regulation and Housing Density: Salt City as Case Study

The study aimed to present and analyze housing patterns from the perspective of the provisions of regulation and housing density in the city of Salt, and to achieve its goals, the descriptive approach was used.  The study data were collected and analyzed using simple descriptive statistics methods, deduction and extrapolation methods, and categorical analysis using GIS technology. Results revealed that the housing pattern of the category of organization (D) concentrated in the city center on the basis that it is the oldest part in it, followed by the category (C) housing pattern, and the more we head towards the outskirts of the city, the greater categories of housing (housing A + housing B + private housing + agricultural housing. Additionally, the housing category (D + C) is almost not existed in the outskirts of the city. The results    confirmed the fact that the city has a dual urban personality; the old personality which is dominated by (D + C) housing pattern, while the modern urban personality is dominated by housing with an organized category (A + B + Private + Agricultural). It is also noted that the housing density rises in the housing pattern of the organizational category (D) and decreases in the housing patterns in the categories A, B, and C and in the private and agricultural housing. The study recommended that decision makers and planners in the city of Salt should look at the most important factors affecting population growth and housing density during the design process of the city's population policies, in addition to stop giving permits for construction in the old city neighborhoods to preserve the architectural heritage style that distinguishes the city and determines its identity, as many buildings have been demolished under the pretext of revamping the residential building. Department of Statistics, (1954), General Census of Population and Housing in Jordan ", Amman, Jordan.

Department of Statistics, (1960), General Census of Population and Housing in Jordan ", Amman, Jordan.

Department of Statistics, (1979), General Census of Population and Housing in Jordan ", Amman, Jordan.

Department of Statistics, (1994), General Census of Population and Housing in Jordan ", Amman, Jordan.

Department of Statistics, (2004), General Census of Population and Housing in Jordan ", Amman, Jordan.

Department of Statistics, (2015), General Census of Population and Housing in Jordan ", Amman, Jordan.

Department of Statistics, (2018), General Census of Population and Housing in Jordan ", Amman, Jordan.

Al-Jabri, Nuzha, (2012), “Rural housing patterns in the Jazan region between historical. Constants and geographical variables”, Journal of the Faculty of Arts, Zagazig University, No. 62, Egypt.

For David, George Farid Tarif, (2009), "Salt and its Neighborhood", publications of the Ministry of Culture, Amman, Jordan.

Taha, Rania Muhammad, (2010), "The mutual effect between the urban reality of housing and the cultural and social identity of the population, case study of the Old City of Nablus", unpublished Master Thesis, Architectural Engineering, An-Najah National University, Nablus, and Palestine.

Al-Atabi and Al-Hilli, Muhammad, Ali, (2017), “The Impact of Social Mobility on the Distortions of Residential Interfaces in Holy Karbala as a Study Case,” Iraqi Journal of Architecture, Issue 1, Iraq.

Al-Awayshah, Malik, (2013), "Population change and its impact on patterns of land use in the city of Salt during the period (1979-2010) using the Geographic Information System (GIS)," unpublished Master Thesis, Department of Geography - College of Graduate Studies, University of Jordan.

Ghunaim, Othman, (2002), "The role of the social factor in shaping the contours of the contemporary urban personality and defining it for the city of Salt", Damascus University Journal, Issue (3 + 4), Volume (18)

Al-Mudhafar, Safaa Majeed Abdul-Saheb, (2017), "The change in housing patterns in the city of Najaf and its impact on the urban environment", College of Arts, University of Kufa.

Bamidele M. Ogunleye,(2013), “Analysis of the socio-economic characteristics and housing condition in the core neighbourhood of Akure”, Nigeria, Journal of Geography and Regional Planning, The Federal University of Technology, Akure, Ondo State, Nigeria.

Chadwick, George,(1978), “A Systems View of Planning:Towards a Theory of the Urban and Regional Planning Process”, 2nd Edition, Elsevier, Pergamon. 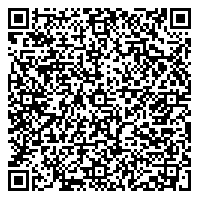